If I could pick a fruit to bake with during the warmer months it would be blueberries, almost every time, blueberries.  They remind me of Owen and Belle.. .. and SUMMERTIME!   My kids love them so much!  Maybe I’m the one who gave them the ‘blueberry’ DNA…?  Because I love them too…. 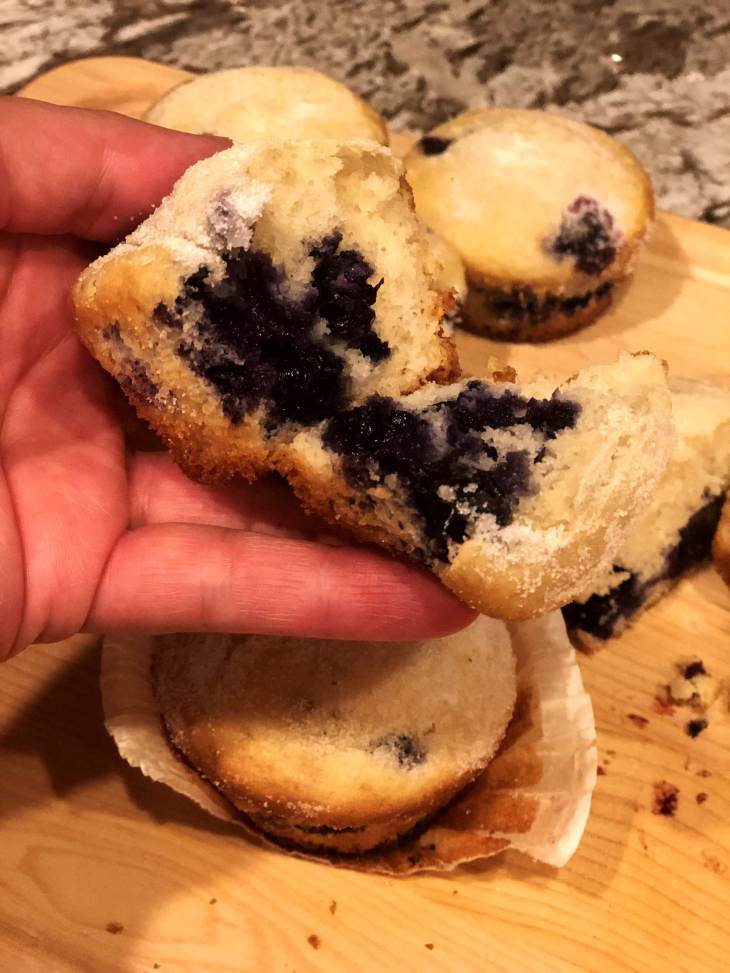 I feel old saying this but breakfast is the most important meal of the day.  Just ask my husband.  I remind him often about my breakfast feelings.  “Eat more breakfast Jason” … “Don’t forget to start your day off right Jason…” 🙄  “Don’t you like my muffins Jason?!” ..

I can see his eyes rolling into the back of his head.  Hopefully he knows I only want the best for his morning stomach.

“I love you like a Hobbit loves second breakfast, Jason.” 🙂

I love having fresh baked muffins in the house at breakfast time.  It’s Sunday night and we’re about to move into another work week so I’m going to bake two dozen blueberry muffins.  Maybe they’ll get us through Tuesday morning. 🙂

I found this recipe in a magazine Jason brought home from the tractor supply store and overall it’s a great recipe.  BUT!  I definitely made some tweaks to fit my liking.

We start out by eating all the blueberries the recipe calls for.

Just kidding, I bought twice as many blueberries the recipe calls for. 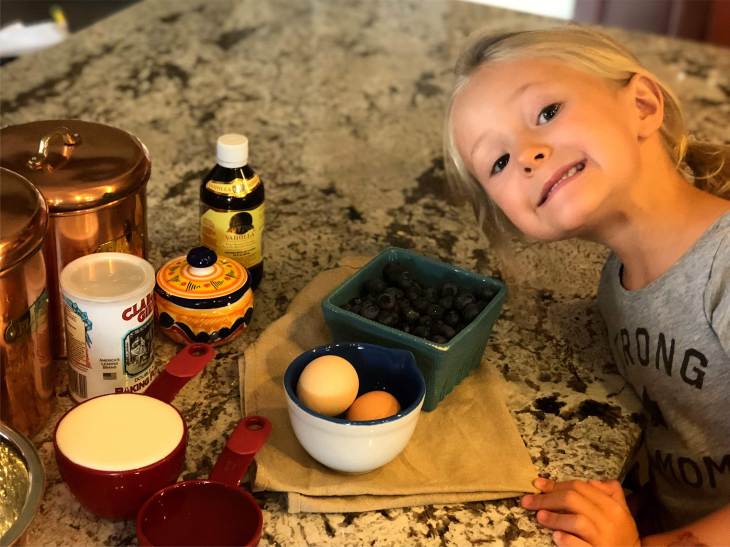 Whisk together the milk and oil, and then add eggs whisking until combined.

Thanks again to my sweet neighbor Sarah Burkeen for bringing me two dozen farm fresh eggs this weekend!!

They’ll be gone in less than a week!

After sifting dry ingredients into a large bowl, incorporate the wet mixture and stir until just combined.

Next, gently fold in blueberries.

I taught Belle how to “fold” ingredients and she did surprisingly well for her first time “stabbing,” as I call it. 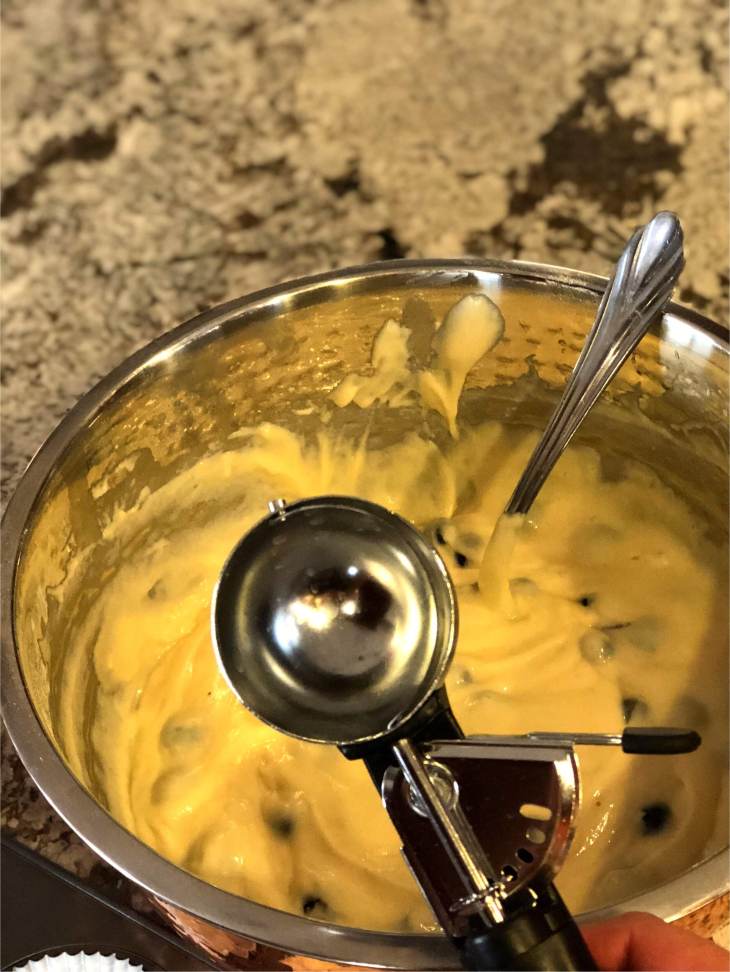 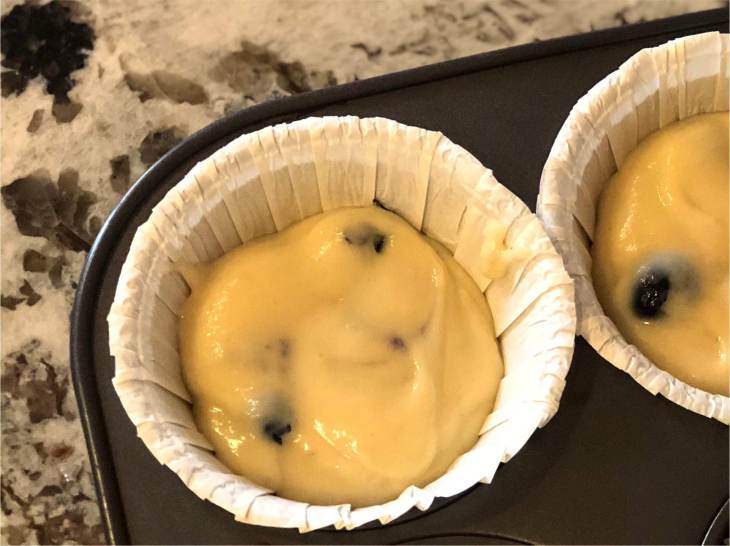 Don’t forget to sprinkle lots of turbinado sugar on top prior to baking!  Turbinado is a sugar with larger crystals.. like the stuff you see at a bakery.  Because we’re professionals, right?

Here they are in all their glory.  They deserve the term ‘glory’ too because they are amazing!  Light and fluffy, sweet and comforting, bursting with blueberry flavor! Enjoy!! 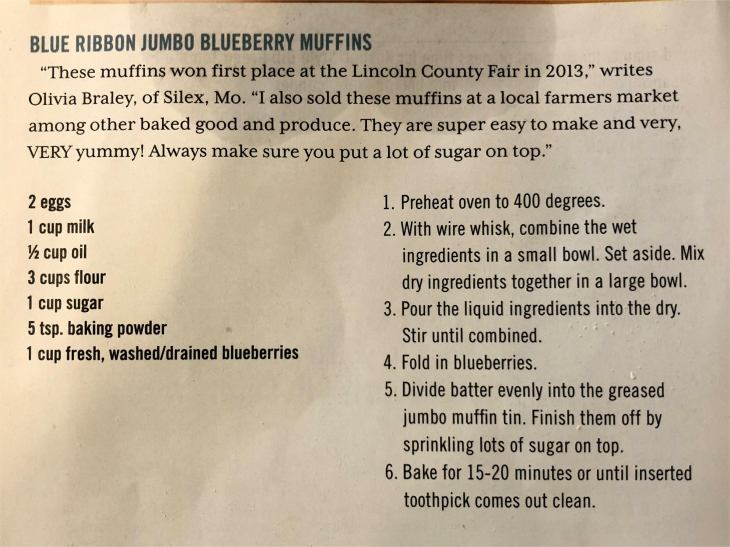 ** If you want to make the jumbo version, use a large muffin pan.  I chose to make two dozen small muffins instead.  Baking time remains the same.

I made the following changes: