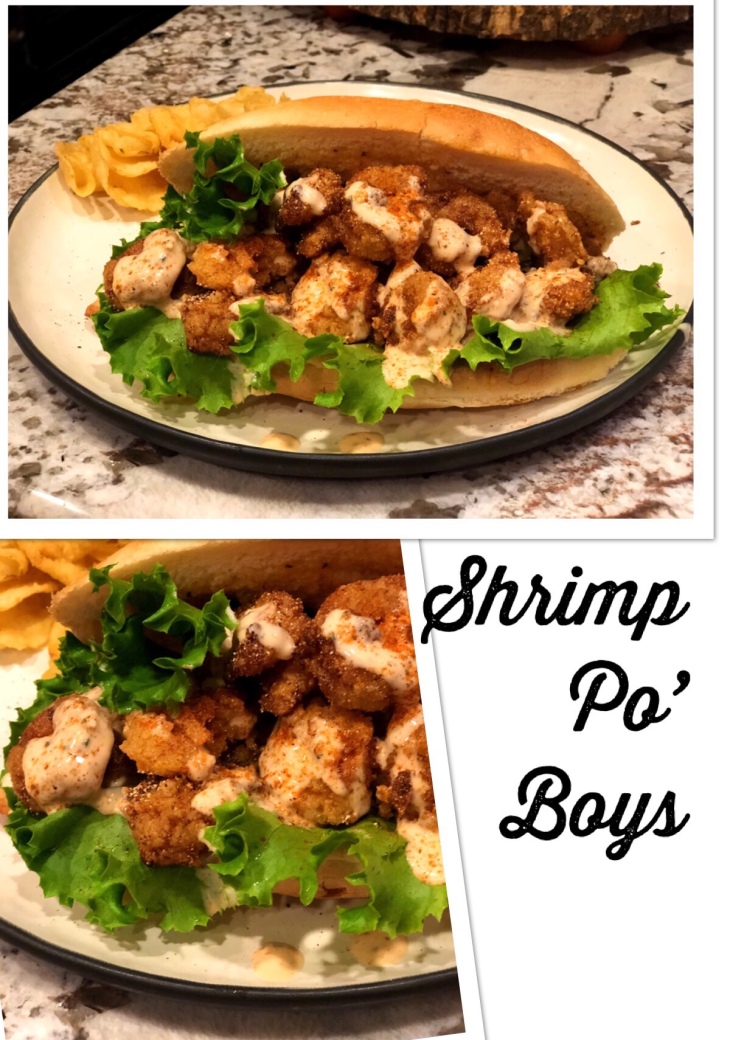 The other day I asked my husband if he wanted anything special for dinner.  His text response:  A link to Shrimp Po’ Boy Sandwiches.  Well… okay then Jason, that’s a new one!  I love trying new recipes so I did a little research and found the key components of this Louisiana style sandwich are simple.

A crispy baguette filled with fried meat or seafood, topped with pickles, and drizzled with butter or remoulade.  You can also dress a po’ boy with lettuce, tomato, onion, etc.

There are SEVERAL variations of this sandwich, but this seemed to be the most common on the Ol’ Interweb.

For those of you unfamiliar with ‘remoulade’ it’s similar to tartar sauce; a mayonnaise based sauce containing citrus, Cajun spice, often times diced pickles, and most importantly, paprika.  It’s typically used for seafood and it’s delicious. 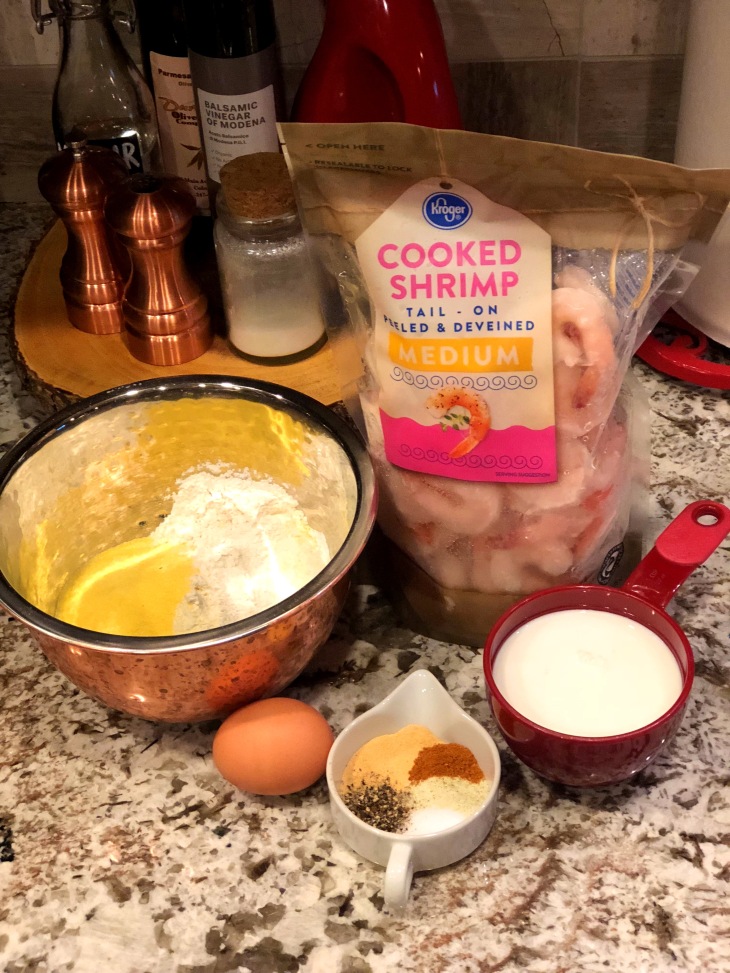 Now since I understood the premise of this sandwich, I wanted to create my own version….

So the only part of the recipe (link below) that I used was how to batter and fry the shrimp, and it was SUPER simple! 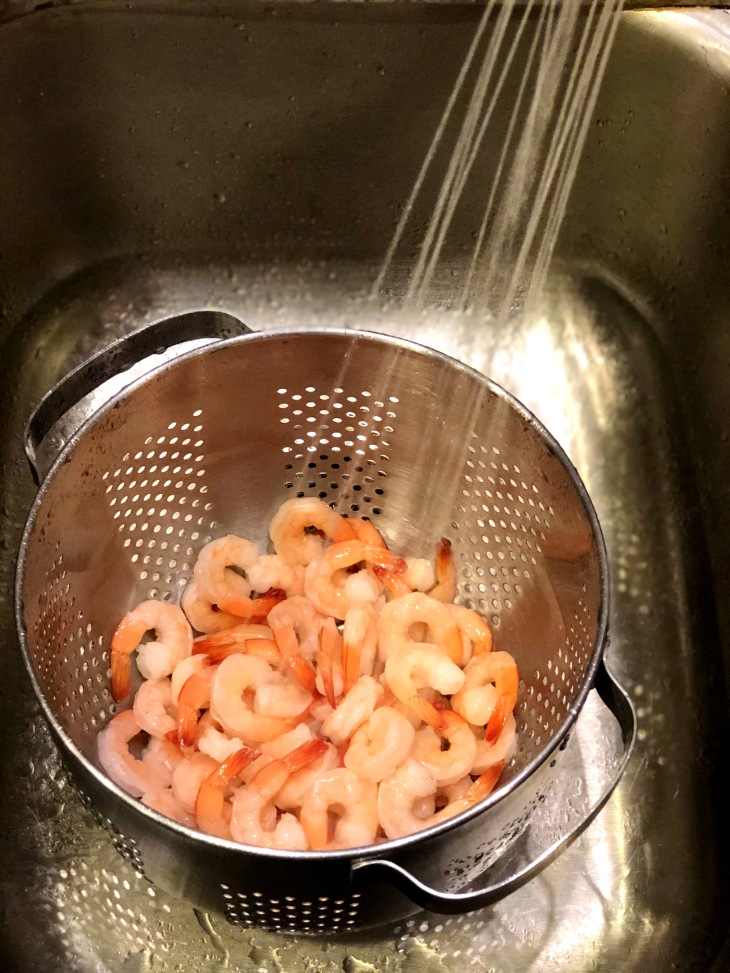 The batter is a mixture of cornmeal, flour and seasonings. 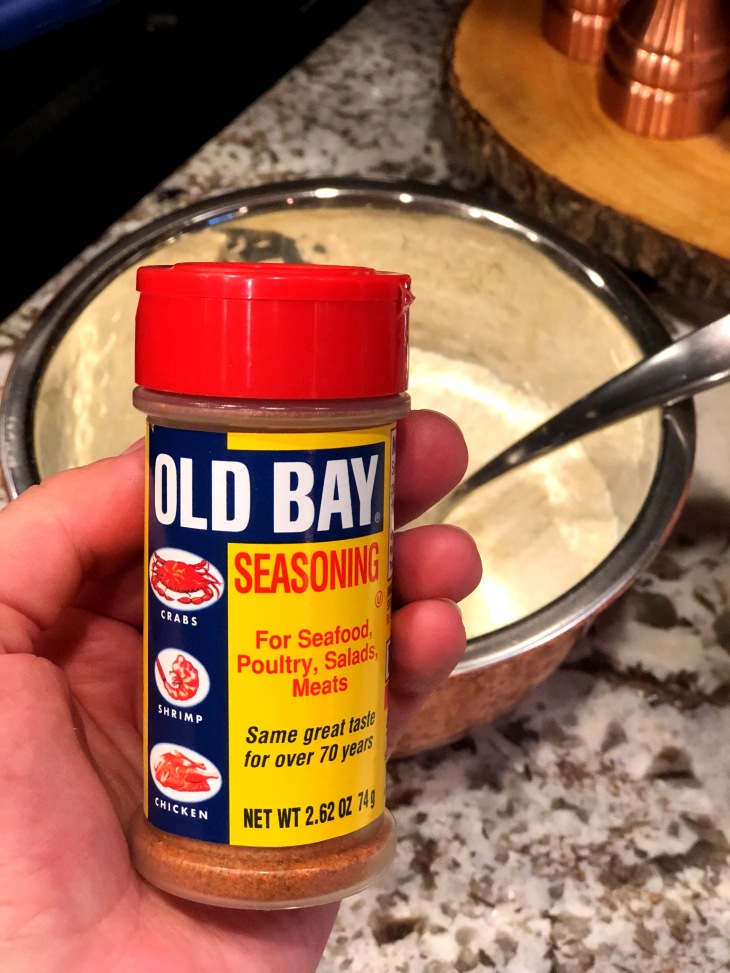 I added a few dashes of Old Bay which goes hand in hand with seafood. 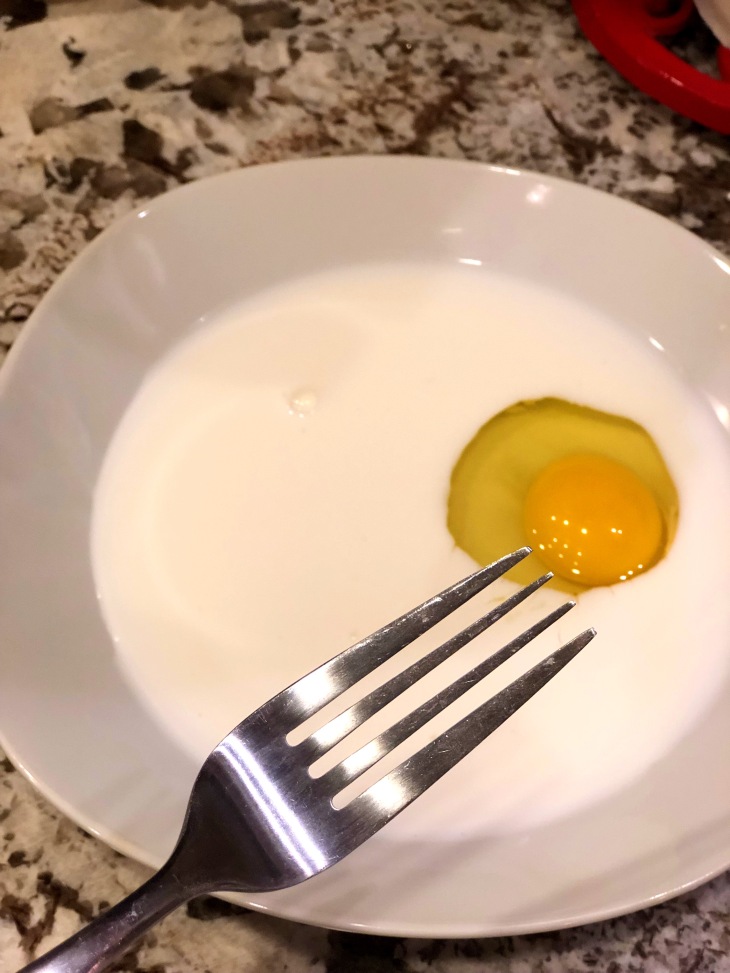 Milk and egg for the wash.  The recipe called for buttermilk but I used whole milk instead.

The recipe didn’t say to do this, but I let the shrimp soak in the egg wash for about 10 minutes prior to cooking.

Here’s my frying station all setup and ready to go!

Dip the shrimp in the egg wash, then the batter, then fry…

I made my own remoulade using what I had on hand.  I also used paprika and sugar which aren’t pictured here.

I wanted to keep up with the spicy theme, so I served this with Cape Cod Kettle Cooked Sweet & Spicy Jalapeno Potato Chips.  SO GOOD! 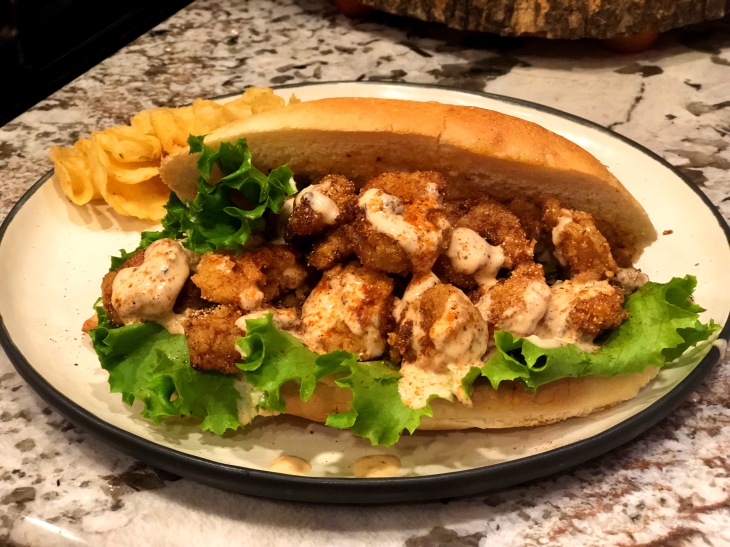 I brushed the baguettes with butter and toasted them in the oven for a few minutes.  Then I dressed the sandwiches with sliced pickles and looseleaf lettuce before I topped them with fried shrimp.  Lastly, I drizzled them heavily with remoulade, a squeeze of lemon, and added a few dashes of Old Bay seasoning on top. 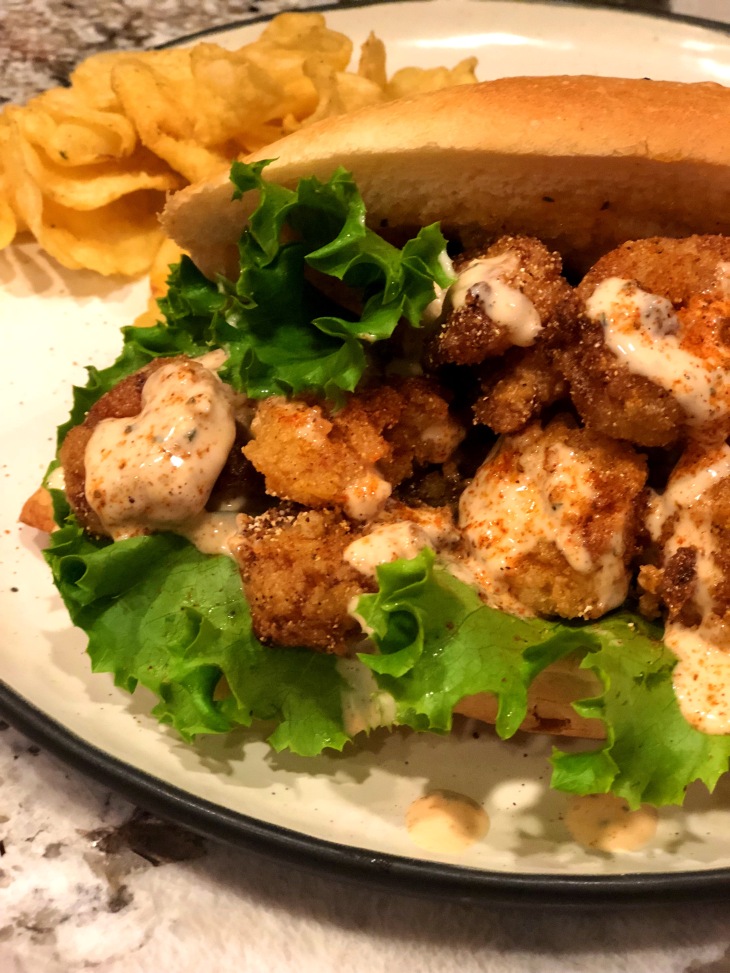 This sandwich is absolutely delicious!  It’s simple and easy to make… I think it came together in less than 30 minutes.

There was enough shrimp for leftovers the next day too. 🙂  If you give this a try, let me know what you think! 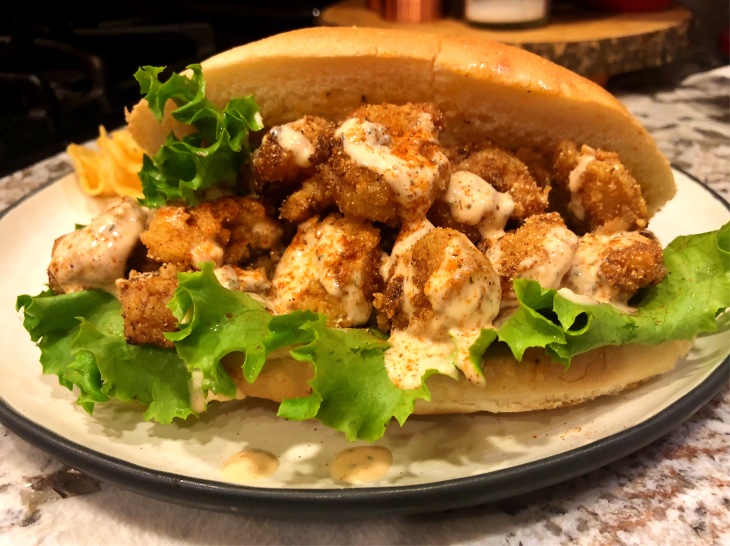 You can find the VERY EASY recipe here: