It’s officially Fall in Colorado.  The temperatures have rapidly dropped from a bizarre 90° hot streak into the 50’s and 60’s.  I think it’s time I get my mentality into the ‘fall state-of-mind’ and make some soup.  Hot soup with bread for dipping is one of my go-to’s during the chilly months, so this should help me adjust. 🙂

While we’re on this topic – Some notable mentions regarding the Fall season:

“Life starts all over again when it gets crisp in the Fall.” – F. Scott Fitzgerald

Sometimes the simplest recipes are the best recipes.  Joanna Gaines new cookbook has a good amount of soup recipes and this one caught my eye because it has potatoes!  Oh, and… Bacon!

I began by sauteing diced onion in butter. 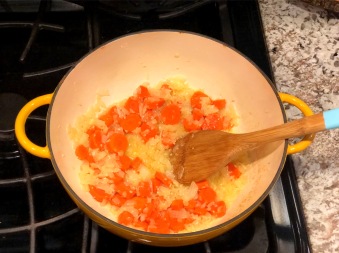 Then I added the carrots and garlic.  This recipe calls for celery but I chose to omit it ONLY because I didn’t have any on hand, and didn’t feel like grocery shopping in my PJs.

Once the veggies were softened up, I mixed in flour.

And then added the chicken broth. 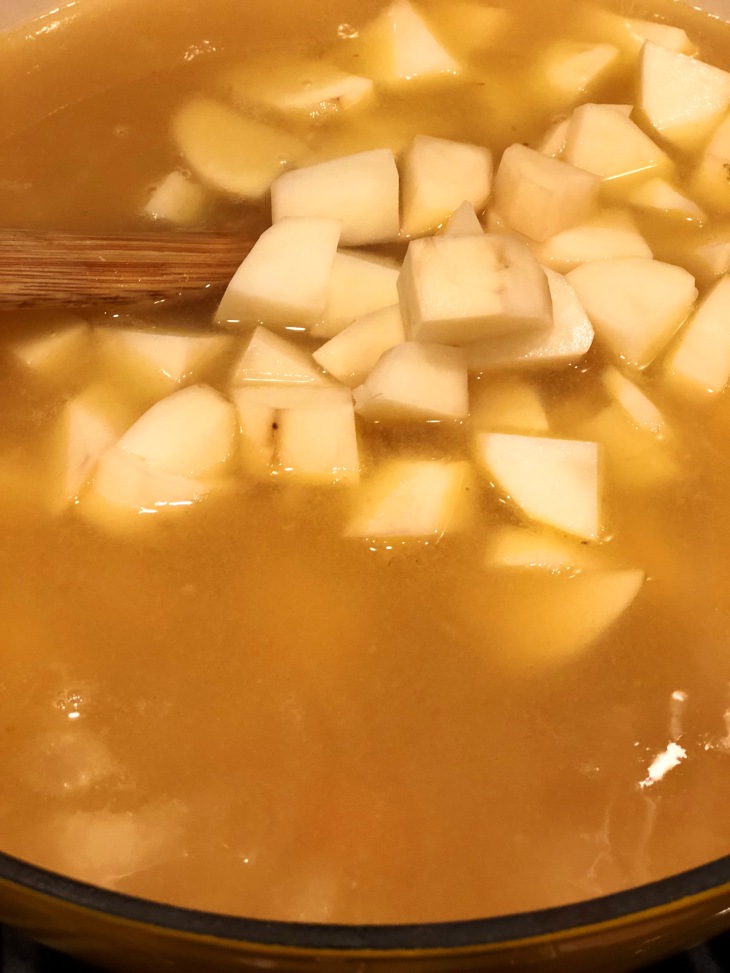 And the seasonings.  The recipe says to garnish the soup with fresh thyme at the end.  I didn’t have fresh thyme, so I decided to add 1/4 teaspoon of dried thyme to the soup base.

The recipe also says to garnish the soup with bacon crumbles at the end.  I decided to add half of the chopped bacon to the soup for additional flavor but saved enough to also garnish it at the end.

What it looks like after you add the milk. 🙂

I like potato soup thicker than Joanna’s recipe, so I whisked a few tablespoons of cornstarch into some chicken broth and mixed that into the soup base before I covered it to simmer. 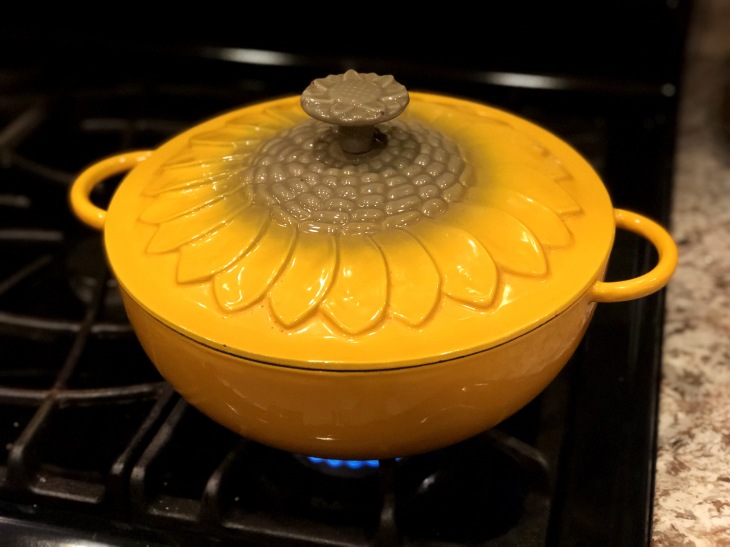 Isn’t this dutch oven adorable?  My neighbor Sarah gave it to me.

I let the soup simmer for about 20 minutes and then it was done. 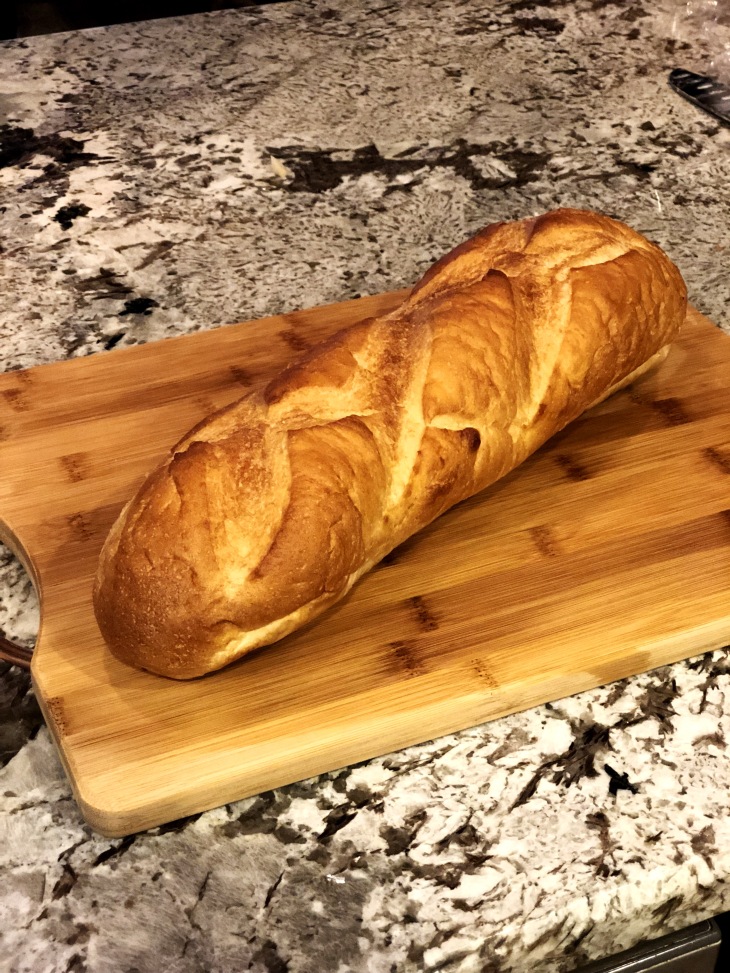 You can’t have hot potato soup without bread and I happened to have a fresh loaf of sourdough!!

The finished product – Hearty and delicious!  Garnished with shredded cheddar cheese and more bacon!  If you choose to make this easy, tasty soup, let me know about it.

My tweaks:  Omitted celery, added 1/4 tsp dried thyme to the base, added 1/2 of the bacon crumbles to the base, thickened the base with cornstarch. Serve with sourdough or quick garlic bread twists.